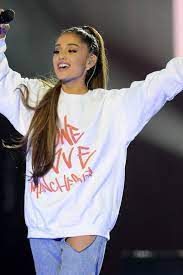 If there is one band that truly defines the pop punk genre, it would be the Blink-182 music. The band was formed in 1992 in San Diego, California. It was formed by Tom DeLonge and Mark Hoppus. The two met while they were in high school and they realized they shared the same interest for pop punk. With the common desire to be in a band, they eventually formed their own.

The band was not originally named like that. They originally called their group, Duck Tape until some time later that DeLonge decided to change it into Blink. But there was another problem with that name. An Irish band who had the same name threatened to file a legal case against them if they would not change it. And so Hoppus and DeLonge decided to simply add “182” to their name and that solved everything.

The group did not have everything work out smoothly on their side. They had to struggle just to find gigs. They would even call up some schools offering their band services, telling them that their band only played clean music and that they are not into punk rock and their songs do not contain expletives and topics like death, alcohol, drugs and other adult topics. But eventually they soon got the attention of some people and they started to be invited to play in some functions and gatherings.

They had to first release three demo tapes, all containing their initial attempts to find that right Blink-182 music, but most of these recordings were of poor quality. This is mainly because the equipment they used were just old ones borrowed from some friends.

Then on February 17, 1994 the band was finally able to release their first studio album, titled “Cheshire Cat”. It was notable for being the only official album that still had their old band name (as they had yet to change it). Due perhaps to its limited release, it is considered just a moderate success, having made most of its sales in the San Diego area.

But after that first album, almost everything started to go uphill for the band. It was followed by the album, “Dude Ranch” was commercially successful, having sold about 1.5 million copies worldwide. As a result, the band gained popularity and led to their first nationwide tour.

However, it was not all rosy about the band during this time. Their drummer, Scott Raynor was told to leave the band. Some sources say it is because of Raynor’s addiction to alcohol while others claim he just could not handle the fame and wanted a more quieter life. Nevertheless, he was replaced by Travis Barker as the band’s permanent drummer.

Other albums followed including the hugely successful “Enema of the State” (have already sold about 15 million worldwide), Take Off Your Pants and Jacket and their latest album’s Blink-182 music showcasing their continuous growth as musicians. The band has won awards and sold millions of albums, band merch and music merch as well, around the globe, cementing their stake as one of the best pop punk bands we have today.